We’re going to talk you through how to make these adorable cake and cupcake toppers so that you can create your own menagerie of cute animals using these four designs as your starting point!

Our little pig design is really the simplest place to start with modelling animal toppers. Begin with a ball of pink paste and knead it until it’s perfectly smooth with no cracks or creases. As you work on it, use the sides of your palms to gently press on one side of the ball, so that it forms a perfect egg shape. Place the egg, pointed end at the top, on your work board. Using the same paste, roll a small ball and cut it in half. Roll the two halves into balls again and flatten them into discs. Pinch one end of each disc to make triangle ears. Stick them with edible glue to either side of the top of the cone. Roll a third ball of pale pink paste into a long sausage and stick it on the back of the pig to make a curly tail. Roll a tiny section of a slightly darker pink paste into a small ball, flatten it into a disc and stick it onto the face with edible glue to make a snout. Finish with two small white nostrils and stick on two small black eyes.

To create a sweet little mouse, use pale grey flower paste to make a cone shape, as for the pig. To make the ears, roll a grey ball of paste and cut it in half. Roll both halves into balls again and flatten them into thick discs. Pinch one end of each disc to create an ear shape and stick them to either side of the mouse’s head with edible glue. Now roll two tiny balls of pale pink paste into short tiny sausages and flatten them into ovals. Stick them both to the front of the mouse at the bottom to make its little feet. Press your Blade Tool into the top of each foot to create the impression of toes. Make a tiny pink nose from a ball of pink paste and two small black eyes. Roll two long thin sausages from white flower paste. Cut them in half and allow them to harden up a bit. Stick two to each side of the mouse’s face, just underneath its pink nose.

To make the penguin’s body shape, knead a ball of black paste until malleable and mould it into a fat sausage – use a finger to place gentle pressure on the centre of the sausage, so that it narrows in the middle. Roll two smaller black sausages and flatten them into ovals to make wings, and roll two tiny balls for eyes. Stick them onto your penguin. Now roll out white flower paste on a work board to 1mm thick and cut out a 2cm round circle. Pinch the ends to create ovals and score them to the base of your model to make feet. Roll another orange sausage into a cone shape. Stick it on to make the penguin’s beak. 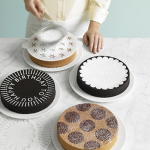 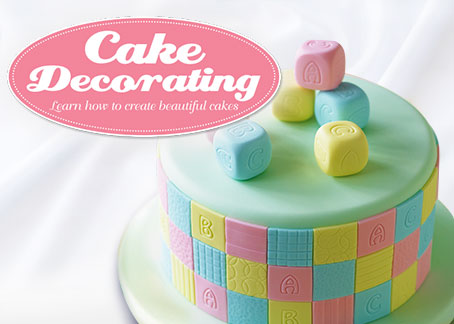 © Copyright 2018 De Agostini UK Ltd
Disclosure
We use cookies to ensure that we give you the best experience on our website.
By continuing to use our website, we'll assume that you are happy to receive all cookies on the De Agostini website.
×